Hello all of you! lets discuss what is kerberos in a simple manner. This article is not going into a deep level of kerberos technology. But you all can get a highlevel overview, with regards to its History, how it works, why is it needed, advantages as well as disadvantages etc. 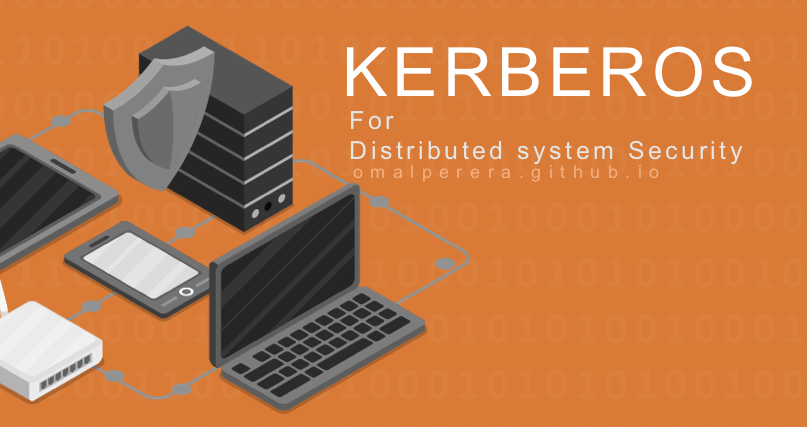 Kerberos is a popular authentication protocol that can be used for single sign-on (SSO). The main key concept behind SSO is getting the services that a user is authorized, with a single login (one time activity). So, user don’t want to login on each of those services in many different times. Kerberos systems offers protection against many network attacks and vulnerabilities. Following are some characteristics of Kerberos.

Initially, Massachusetts Institute of Technology (MIT) developed Kerberos to protect network services provided by Project Athena in 1980. The current version of the protocol is version 5. Previous versions of the protocol were based on the earlier Needham–Schroeder symmetric key protocol. Version 4 of the Kerberos protocol was the first version that was publicly released, and is now deprecated for security reasons. In 1987, MIT released the Kerberos software freely available, under a certain copyright permissions and in 2007, MIT formed the Kerberos Consortium to encourage development. In 1993, It became an IETF Standard which is the premier Internet standard.

The name Kerberos arrived from the three-headed dog that guarded the entrance to Hades in Greek mythology. It’s pretty matching for the Kerberos concept since it takes a third-party (a Key Distribution Center) to authenticate between a client and a service or host machine.

Kerberos has two basic purposes namely security and authentication. On non-distributed computer systems, a secret key or a password can be used to prove a user’s identity. But on a distributed computer network system, scenario is different than standalone computer systems. If same theory applied for the distributed systems, password must be transmitted over the network, from one machine to another machine. For an example if a user requests a private file from a server, that typical user needs to send his secret key to the server in order to authenticate him. Because this password is the one secret piece of information that identifies a user, anyone in that network knowing a user’s password can access their files as that user.

In order to fill above mentioned gap in the security in distributed systems, Kerberos has:

So what is the different between Firewall & Kerberos

A firewall is a kind of network security system. Firewalls can be presents in either hardware or software based. Those are basically depending on rules that controls incoming and outgoing network traffic. A firewall acts as a barrier between a trusted network and untrusted network and controls access to the resources of a network through a positive control model. Firewalls assumes, that the attackers are coming from the outside. But in distributed systems, attacks are frequently from within the system.

In contrast, Kerberos assumes that network connections are the weak link in network security rather than servers and work stations. 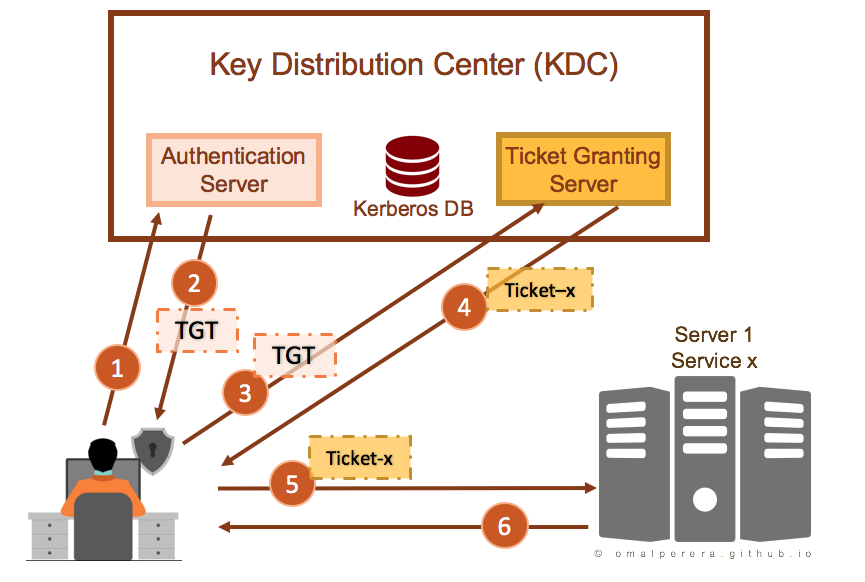 There are many advantages of Kerberos than traditional securing methodologies.